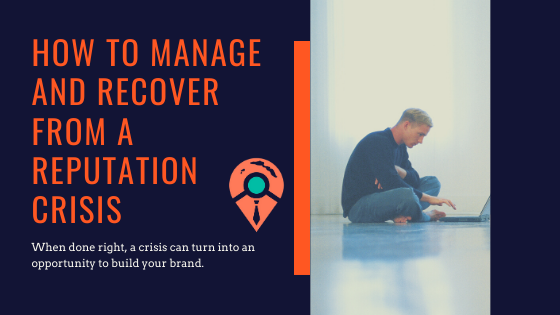 How to Manage and Recover From a Reputation Crisis (With Examples)

Reputations are fragile things. Whether in life or in business, all it takes is one mistake to cause irreparable damage to one’s image. That said, this stands especially true especially for the digital world, where a reputation crisis can catch fire like fuel.

In this world of consumer regime and radical transparency, the reputation of a company plays a critical role in determining its future.

Learning media communication and having a predetermined crisis management plan is essential for every business with a recovering reputation. Paying heed to social chatter and carefully tackling the response in such a way that it aligns with both, the brand and the consumer expectation, is required by every company.

What is Crisis Management?

Crisis management is the process designed by the organization to deal with disruptive and sudden emergencies that threaten the business. It is the process to prevent and minimize the damage of the crisis on the company and its stakeholders. A catastrophic event can cause an upheaval in business operations, adversely impact finances, and severely redress the reputation of the company.

Expert PRs with extensive communication, social media, and reputation marketing skills have done well in the past to execute damage control. However, the era of the internet brings new challenges in the field. A comprehensive understanding of the SEO principle to manage online reputation is another aspect of managing a crisis.

How to Manage a Crisis

Needless to say, the best solution to deal with crises is to avoid them in the first place. However, sometimes mistakes and unavoidable circumstances may arise. In this case, one has to be prepared to manage the situation and take some preventive measures.

Anticipating a crisis, assessing vulnerabilities, drafting a response plan, and hiring a crisis manager in advance is an excellent way to protect your reputation. While during the crisis, effective communication and determining the causes will help to resolve the problem. 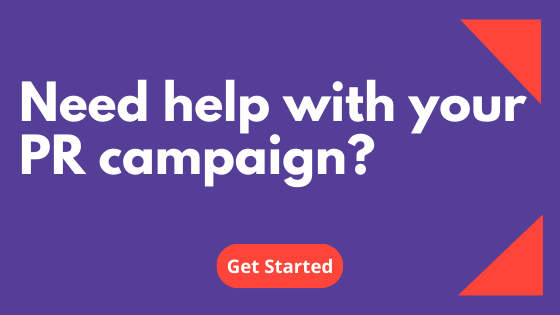 Assembling a thoughtful team that can assess the damage when the company is faced with disruptive situations is necessary. A crisis management team should consist of the CEO as the leader and should include senior executives, department leaders, the head of Public Relations, and of course, legal counsel.

The individuals from diverse disciplines in the team will help in proper assessment of the vulnerabilities in the company.

The first thing you need to do before drafting a response is to assess your weakest points. Identify things that can cause trouble in your company. Brainstorm and discuss the ideas and vulnerabilities of your company with your team. Ensure that you cover all the departments for any weak points. This will reduce the risk of missing anything critical.

Crisis management should never be overlooked while developing a business plan. In fact, it should be one of the core components of any business plan. Also, it is critical to base your business progression plan based on the weakness audit. Always customize your business plans accordingly because plans drafted for other companies may be hazardous for your company.

A crisis communication team will become the backbone of a company during crisis management. Hence, a crisis management team should be varied enough to gather and comprehend various data. You need to be prepared with detailed technical reports and quality executive summaries as a response for a critical audience.

The understanding of crisis management plans is important for every employee. However, there should be a few individuals trained especially to be the face of the company during the crisis.

In other words, they would be the spokespeople who are equipped to handle a variety of issues. Therefore, assign a single point of contact to multiple spokespersons to ensure consistent crisis management, on and off the internet.

The in-depth knowledge and identification of the cause are important to fix the problem. Therefore, a resolution team should be assigned to the task to gather extensive information, from potential security breaches to flawed contracts and policies. One has to delve deeper to understand the fundamental policies and prevent such a crisis. 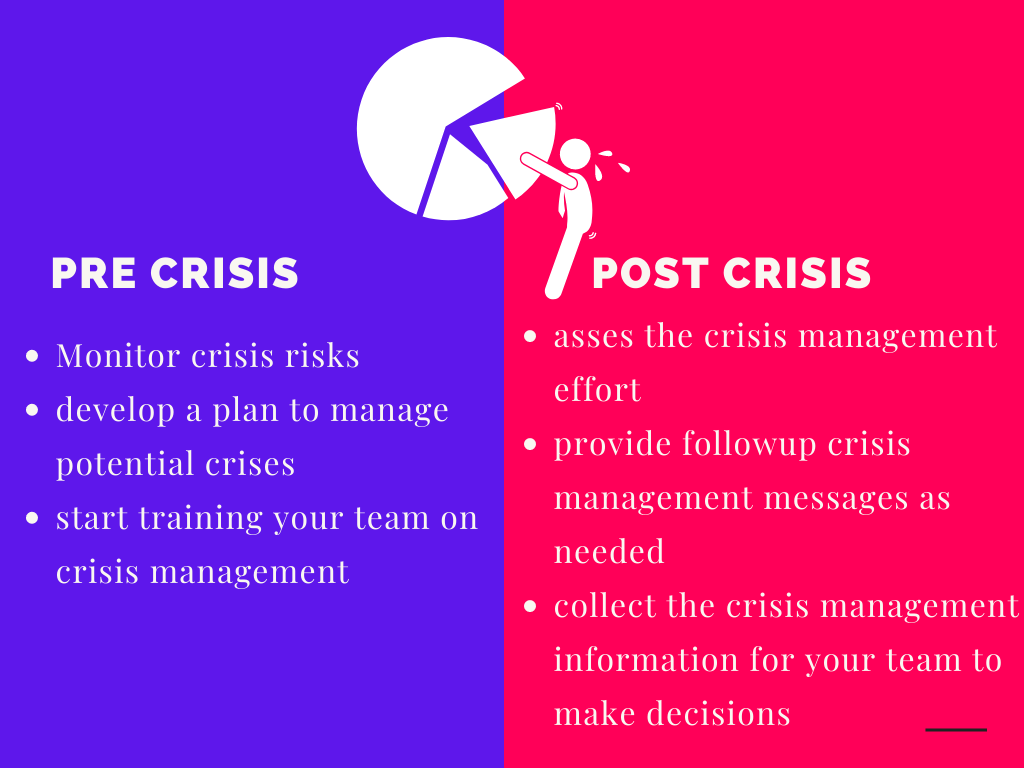 The first and foremost step towards recovery is repairing the online reputation of the company. The internet would be flooded with articles, negatively reflecting upon the company and its people. Hence, it is vital to strengthen your online presence and thumbprint by investing in SEO-customized articles and online reputation management services.

Pick your social media fights carefully. Do not engage in unnecessary quarrels, this will do more harm than good. Often, social media influencers and the large networks have the potential to make or break an organization. Hence, engage in thoughtful and positive content and expand your network while accepting both criticism and appreciation.

The internet is a tricky place to be. It can find anything and everything and amplify it into something horrendous. In the case of Crack Barrel, it was Bradley Ried’s wife. In 2017, he took to Crack Barrel’s corporate website to question why his wife had been fired from the job she had been holding for 11 years.

Soon after, the hashtag #justiceforbradswife began trending on social media platforms. A change.org petition was made, and competitors started capitalizing on this crisis.

However, the restaurant kept quiet on that issue. They did not address the issue publicly. Eventually, the firestorm passed. Although, you’ll still find #notmycountrystore, the company is doing just fine. Crack Barrel’s case is one of the classic examples of when silence is the best response during a crisis.

Pepsi is one of the most widely known brands. However, flying under the radar had never been tougher for the company than after the ad campaign starring Kendall Jenner in 2017. Within 2 days, the ad received around 1.6 million views on YouTube.

The world was treated to Jenner leaving a modeling gig and “joining the conversation,” which she and mates seem to “win” after she offered a Pepsi to a police officer. The criticism was instant and brutal.

The brand’s response to the crisis was also immediate. They released a statement defending their campaign, saying that it reflects people from all walks of life and that had an important message to convey.

Within less than 24 hours, the ad was pulled down by the company with another statement conveying that the brand was trying to project a global message of peace, unity, and understanding.

Uber was one of the championed ride-hailing companies and people fell in love with it. However, things started going down the drain when it was revealed that the CEO, Travis Kalanick served as an advisory to the President of the USA.

Things only get worse when Uber continued to serve at the JFK International airport during a taxi strike and an ex-employee claimed sexual harassment and gross HR misconduct against the company. Also, a lawsuit was filed by google against Uber.

That said, corporate cultures are mostly created top-down. Uber has survived all crises till now. The company continued to release statements regarding each situation. However, the lack of transparency was one of their biggest failures

Crisis management is one of the important aspects that every company should prepare for. No matter how many precautions do they take, there is something or the other, always ready to strike at their reputation. Hence, being prepared to defend the company's name is the best one can do at the time of crisis.

These Stories on personal reputation

Can you remove negative news articles from the internet?

My Ex Is Trying to Ruin My Reputation